Los Cristianos is situated on the south coast of the Canary Island of Tenerife. Located in the municipality of Arona between the cone of Montaña Chayofita and the imposing Montaña Guaza, the town centre’s around the bay of Los Cristianos, but is rapidly expanding inland with modern development. The town is a popular tourist resort and an important ferry port.

Los Cristianos, beach and promenade near the harbour. Photo by Raenmaen

Unlike its bustling neighbour, Playa de las Americas, this pretty town has a history that predates the tourist boom of the 1970’s and 80s. For many years this holiday hub was a quiet fishing village and if you look hard you can still see evidence of its humble origins in the typical Canarian architecture of the older buildings. 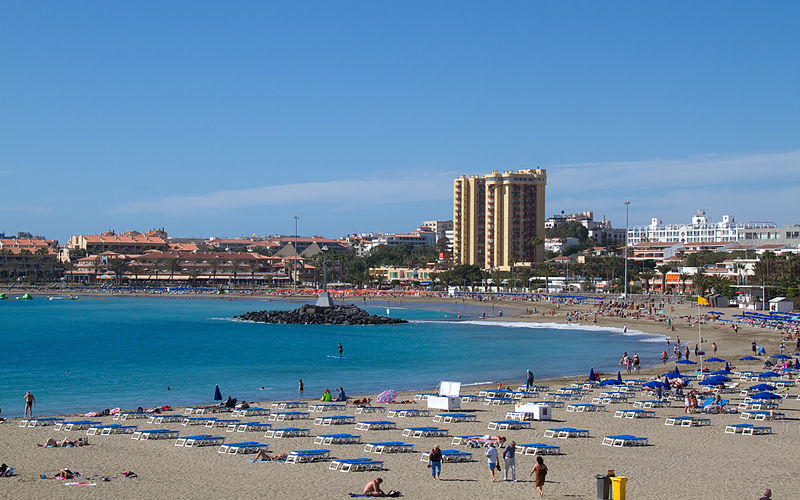 Nowadays however, the town offers a vibrant holiday experience with its two golden sand beaches, multitude of bars and restaurants and its year round sunny climate. There is a wealth of accommodation to suit all budgets including hotels, self catering apartments and Timeshare resorts. There are also a wealth of excursions focused around the town’s busy port including dolphin and whale watching as well as game fishing trips and party cruises.

As well as holiday makers, Los Cristianos began to attract a number of British expatriates who emigrated either permanently or semi-permanently to escape the cold British winters. As English is as widely spoken as Spanish, there are also a number of British owned bars, restaurants, shops and services aimed predominantly at the tourist sector. 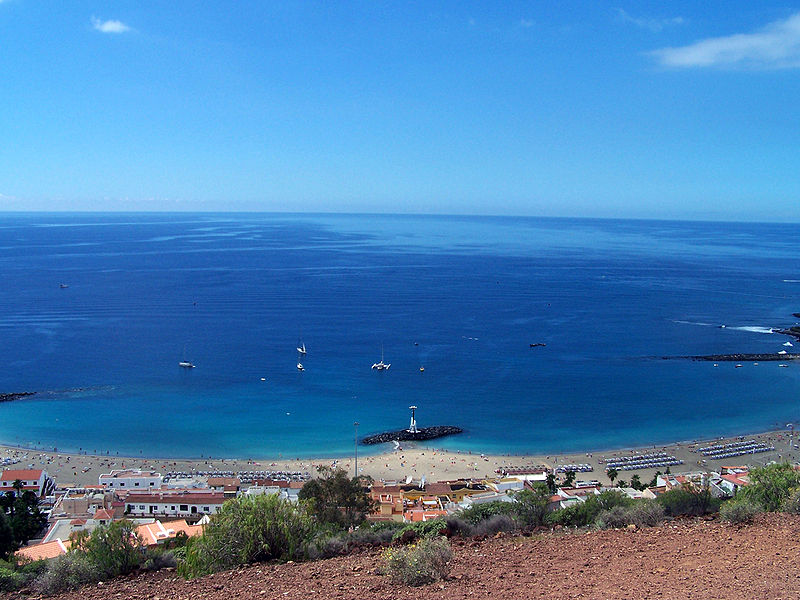 Beaches
Los Cristianos is home to two world-class beaches: The main beach (Playa de Los Cristianos) is a sandy beach sheltered by the Harbour and boasts a number of facilities including watersports, beach volley ball, showers and a children’s play area. Las Vistas Beach is located in the next bay beyond the harbour and is man-made, protected by break-waters, it also boasts a number of facilities including watersports, showers and a tourist information site. 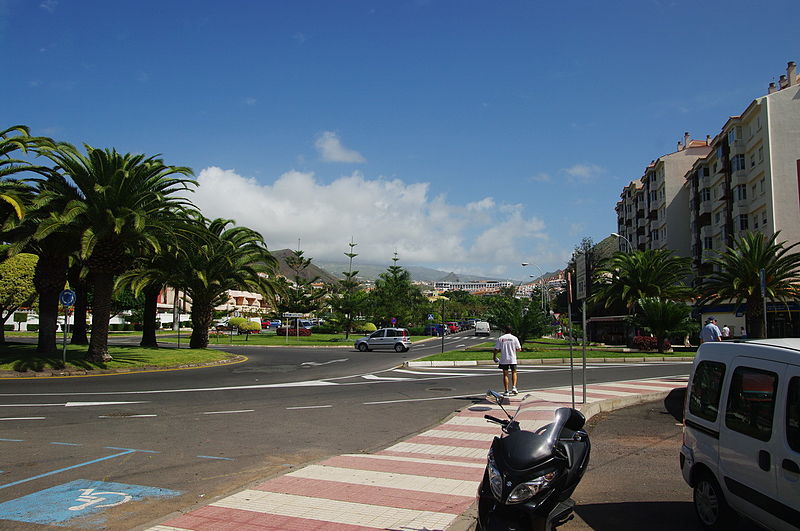 In Los Cristianos. Photo by Bgabel

Transportation
There is also a rocky, black-sand beach in the “Rincon” area of Los Cristianos, (between the headland near the Puerto Viejo and the cliffs of Montaña Guaza.) This beach has no real facilities but is popular with Naturists.

The town itself is best explored by foot, as it has a number of wheelchair friendly pedestrian walkways and a long beachfront promenade. Taxis are also inexpensive and readily available within the town.

A church in Los Cristianos. Photo by Dlade